skip to main | skip to sidebar

The 3 blondes and Brunette Tour - update

We had fun !
The trip was a success and we would deffo do it again.
It took a little longer to get there due to air traffic control in France showing off and then my father had a problem with the exhaust on his car so he brought the little spare car which doesn't have the best suspension in the world - after taking the 1st corner the back end of the car was scraping the floor ! So one of the blonde's and myself took a bus and 2 trains to get to our destination arriving 4 hours after the other 2 but it was worth it, my mother had prepared a beautiful lunch and served some very chilled Rose wine which went down very well !

The weather could have been kinder, although the sun did shine for us everyday it also went behind a few clouds quite a lot. One evening we had a lovely meal on the terrace and consumed quite a lot of the local wine and stayed up chatting until very late 2 of the blonde's went off to bed but my travelling companion and i stayed up to watch a most spectacular storm with full thunder and everything - at one point i thought the other 2 would appear with their teddy bears and that i would have to sing "raindrops on roses" just like Maria in The Sound of Music but no they slept right through it ( i blame the wine )

The area we travelled to is sooo beautiful and is such a relaxing place to stay .... i recommend it to everyone.
Posted by Fifilatrix at 13:54 No comments:

Well the day has arrived at last!!! Yes today Mr Rooney, with his metertarsil intact (we pray) and the rest of the England squad will play their first game of football against the USA in the World Cup. The game will be screened to most pubs clubs and homes throughout England and possibly the World (?) Whenever i have travelled abroad, Bobby Charlton and Man Utd are often referred to, even in small towns in China. I know tonight in Pingdou the locals will be stood outside on the streets watching the game tonight .
Well i too have been swept away with it all, you really cannot forget its the World Cup season every shop has the St Georges flag emblazoned on just about everything from t shirts and mugs to loo rolls and potatoes. As Mr Smiths game of cricket has been brought forward to enable cricketers to watch footballers, we have decided to have a get together with a few friends so:
Bunting - bought, flags to wave - bought, serviettes to eat patriotic food - bought, patriotic food ( well nearly patriotic... actually the starters are Italian in origin - i think )any way - bought, beers to drink (foreign) - bought, wine to drink (definately not English) bought.
Mr Smith thought a bar-b-que would be a fine idea, he thought an American theme was in order, you know, burgers and ribs, steaks and shrimp, but i decided on mozzerella and juicy tomatoes covered in basil, arranged on a plate in the St Georges flag (patriotic enough for you) followed by roast beef with mini yorkshire puds and roast potatoes, very English.
So COME ON EN-GER-LAND
Posted by Fifilatrix at 12:56 1 comment:

On Monday evening the 3 blondes and a brunette will be staying in a hotel/pub near to Luton Airport - I ( the only brunette on the tour ) was responsible for finding somewhere cheap and cheerful somewhere where we could leave the tour bus (safely) relax, have a meal, a natter, a little drink..... or three (!) somewhere to lay our weary heads at the end of the day so i picked this place I only hope we will be ok !
Posted by Fifilatrix at 19:19 1 comment:

3 Blondes and a Brunette Tour

In a weeks time I'm going away for 5 days and i am sooo excited. I'm going to the Gard region of France (its next to Provence on the map) and it is absolutely beautiful. My lovely parents live there so it will be great to catch up with them over a few Pastis with my Dad ( an absolutely must have aperitif, which is kind of liquorice flavoured - best served over ice with a dash of water) and a glass or two of very chilled Rose/Chardonnay with my Mum. I will be travelling with three of my dearest blonde friends and they too are really looking forward to a few days away, they will enjoy sampling the local champagneoise (sparkling white wine made in the champagne method ) so i think we will be fairly sober !!
My friends and I feel we really deserve this time away without our menfolk/children/dogs/cats/rabbits etc. and we all have our own reasons : Blonde one and I work together (and work hard we do too) she also has other issues - but its not for me to tell in these ramblings! Blonde two has just been given the all clear from the "BIG C" and has had us all very concerned for months so for her this time out will be brill. Blonde three - just likes holidays ! As for me the only brunette Im tired,frustrated,stressed out and my hip hurts !
On departure we are planning to sleep overnight near the airport as our plane leaves at silly o clock in the morning BUT that means we arrive nice and early in time to visit Local Shops for bread and cheese, Markets for fresh fruit and veg, Vineyards for above list of wines and Sleepy Village Bar - thirsty work that shopping !
We will then no doubt all fall asleep in parents garden! Marvelous !
Posted by Fifilatrix at 16:40 1 comment: 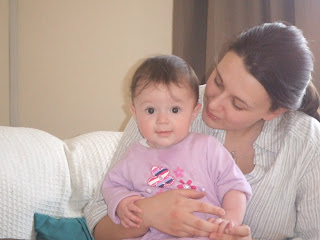 Last year i had quite a big birthday ! I was not at all worried about it - infact i said "BRING IT ON" ! I planned a few surprises for myself (?!) ...I really wanted a HUGE SURPRISE BIRTHDAY PARTY ... you know - marqis in the garden, candle lit entrance with fire fighters and human statues looking fake in attendance, all my guests dressed in white with tiaras and diamonds ( the bigger the better)my family and i walking through the assembled crown (cue swirly smoky stuff) looking like movie stars (family still dressed in white) and me in the deepest sexiest flatteringly devine RED dress(of course i have lost a stone or two to fit in said dress ) fab live music blaring until dawn a champagne and smoked salmon breakfast served up with the sun and my guests leaving for home but still wanting more. They would be talking and going on for months - no years about this party ....But things didnt Go According To Plan - hubby and i needed our money for MUCH MORE IMPORTANT THINGS (i will fill you in about what at a later date ). I did however have a really lovely day on the day and the following weekend was great too - small house party - lovely friends - food and wine consumed and a lovely cake !

Earlier in the year my delicious daughter became pregnant with her 1st child she told me(sheepishly) the baby would arrive around the same time as my BIG BIRTHDAY i did say(admitedly rather stuffily) thank you very much but champagne and flowers would have been nice and a baby was a tad over doing it ! Isabelle Rose did make her entrance into the world just a little under a week after my BIG BIRTHDAY and what a delight she is ! Positively Perfect In Everyway -Mary Poppins would have been very proud - i know I AM ! THANK YOU GORGEOUS DAUGHTER for the best present any granny could wish for !!xx
Posted by Fifilatrix at 23:12 1 comment:

I will never profess to be a sports pundit - in fact i often pour scorn on my current husband and beautiful son for their need to play, watch, listen to all sports ( as i write this hubby is chillaxing on the superkingsize watching England v Bangladesh instead of getting on with his sunday list of things i want him to do !) so anyway please indulge me :
Yesterday i was roped into "doing the teas" at Bradfield CC a charming little cricket club in a beautiful village on the outskirts of Sheffield. My beautiful friend Elizabeth was enlisted to give me hand in the kitchen.
The lovely Debbie (with a hangover from hell) worked the bar like an old pro - Annie Walker /Bet Lynch eat your heart out! The cooler ( some kind of machine that keeps the beer cold and froth free ) had broken and it took Debs 5 mins to pull each pint, as the weather was glorious and lots of thirsty locals and visitors alike decided to come out and support the cricket club Debs didnt get any time to indulge her hangover .... well done mrs Lamkin !

Back to the cricket - our team was slighlty depleted of its usual players due to the younger lads choosing to go to skeggy for the day as the weather had promised to be kind a few of the family men were away for half term with their lucky wives (not jealous)and children and a couple of the guys were left holding the babies (literally) whilst their girlfriends went on a "hen" weekend to York. I have to say i was much impressed with these guys, the kids were filthy,snotty,happy the happiest i have ever seen them actually and very tired ! They left the club (after missing the 1st bus cos the daddies had bought another of Debbies beers) a little after 10pm- i bet little Ellie is still asleep now!
During the 1st half Lizzie and i were busy busy buttering and spreading cutting and slicing to see much of the game - our team were fielding and did ok. Little Lamkin (12yrs) stopped a 4 and got some very mucky trousers in so doing but his mum wont mind. The newly married and just-come-back-from honeymoon Mr Clarke did really well 9 overs 4 mdns (that means no runs were made against his bowling) and he got 2 out . The lovely Palazon did his best- he always tries hard (i imagine his school report was full of comments like this). Dim Tim (hes not really he is rather clever )did ok and the stand in captain Andy "the entertainer" Storrs entertained the thristy crowd! The visiting team notched up a very healthy 169.
After tea, which i know they all enjoyed - well we did do freezing cold melons and scones and fresh cream with a strawberry on top loads of sarnies, pizza,sausage rolls ,pasta salad,garlic bread,chips you name it they got it ! It was our turn to bat.
Robert (slow Bob)Welton(62yrs!!) i told you the team was depleted- went for a duck! As he has been having antibiotics for an infection in his leg he was forgiven. Young Mat Hurt (17yrs) played a blinder and put on 23 runs, which is amazing as i remember him doing airoplane impressions whilst fielding not that long ago and never thought he would be able to concentrate long enough to play a full game!" Not so Dim" Tim played a great game and managed an extremely brilliant 27 runs which included 4x 4s we whooped and cheered him on. Andy Plant who has been ill of late and Not At His Best kept the team spirits up by batting well, again a few 4s went on his score sheet. Little Lamkin took the crease with only a few overs left and did not show himself up indeed he did extremely well for a young boy he didnt show any nerves and i think that was helped by having a truly unselfish partner at the crease with him.

Fifilatrix
a wife a mother a sister a daughter an aunt and (a recent) granny !